Our subcontractors must master the latest technology

Keofitt A/S makes a living creating innovative, high quality products, and thus it’s important that their subcontractors are leading in knowledge of cutting edge technology. This is the case with Carmo, and that’s why they were asked to develop a component for an award nominated product. 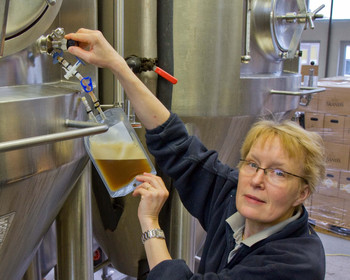 In 2009 Henrik Salomon, owner of Keofitt A/S, patented an idea. His goal was to solve a well known problem in the food industry by allowing manufacturers to extract and store liquid samples in a hygienic and handy manner.

The innovative solution was sampling bag that could be sterilized on the spot using steam. Keofitt A/S encountered one problem, though, as it turned out that one crucial plastic component wasn’t available in a version, that could withstand the high steam pressure. That’s why they contacted Carmo, who already had a partnership with another of their subcontractors, Medicologic.

“From the first meeting we were very happy with Carmo’s ability to familiarize themselves with the issues we faced, despite the fact that there was no way they could have any prior knowledge of them, as the component in question simply did not exist. Their commitment and curiosity was crucial”, Henrik Salomon says.

Another decisive factor in giving Carmo the task of developing the component, was their abilty to keep up to date with cutting edge technology.

“We’re deeply dependant on our subcontractors being ahead of the curve and mastering the latest technology. Otherwise they’re simply not able to meet our demands when it comes to innovation, which is extremely important if you, like us, want market leadership”, the Keofitt-owner explains.

After a year with numerous meetings, and extensive communication between the two companies, the product was ready to be launched. Throughout the process Henrik Salomon felt like he was on safe ground and in close contact with the key people in charge of the product development.

“With Carmo you get the feeling that the whole organization is interested and involved whenever you contact them about something. You do not get some opinionated answer that might well have been a different one had you been talking to someone else”, he says.

The continuity and safety in the contact with Carmo, are some of the most important factors why Keofitt A/S is looking forward to continue and develop the close cooperation in the future.

“We’re a quite small organization with many irons in the fire, and we’re outsourcing a lot. Therefore it’s important for us to have a close cooperation with our subcontractors, who we consider an integral part of our business . This requires a high level of intimacy and loyalty, which I always feel is present in our cooperation with Carmo”, says Henrik Salomon.

Even though the cooperation between Carmo and Keofitt is relatively new, it has already paid off. Keofitt’s solution for collecting and transporting liquid samples was nominated for an innovation award at the biannual Food Tech Conference, which took place in Herning in November 2012.